a Sunday morning in my hometown, and things start well 🙂

I am packing and unpacking, after ten days spent between Rouen and Paris in France. Did I visit all the last exhibitions? Well quiet a few of them especially those of my friends. But I dedicated my last day to shopping! Yes London might be great but with my euro as currency I am faithful to Parisian shops and style. Shoes and a bag that goes with it was my priority. They should match this is the reason I walked about 15000 steps -according to my smartphone to find them 😉

But I also brought back with me a lot of feelings, between nostalgia, already six months that I have left- and happiness to find dear friends again!

I need to be more socially active here in London!

have I mentioned that I promised to organize a mini artistic event in Istanbul by the end of the month? I had invited some artists, but there is a risk that the wannabe boss might not pay for their expenses. He promised to do it as a “bonus” to me, if I leave “quietly”, without protesting complaining.

Maybe because I am more powerful than I think.

On the other hand, I had a really hard time to reimburse my artists last year for the event in the South of France. What do you mean if there is any written evidence of the promise. No, there isn’t any.

And yes, I could have been more organized and asked instead of avoiding the question for the last two months. But I felt overwhelmed with other issues and it was too much to add this one.

On the other hand, I really want to go to Istanbul, a mythical city. And somehow, deep down, I feel that I am going to make it.

The other thing I need to keep in mind is that this is a good time to look for jobs and this is more urgent.

Istanbul is a great project, it blows my mind but it is like a firework, and I need some steady fire to warm my home and cook dinner.

Maybe both from time to time 🙂

what would you suggest in terms of an exotic island? Just to motivate myself I started day-dreaming of beautiful weather, beaches, and people. Isn’t this a good compensation for the serious and efficient work I have been doing ;-)?

In Europe? I don’t know. Let’s say that I am open to suggestions. What is my budget? I don’t see what you mean.

The Greek islands for something near by? Yes, I have friends who are crazy in love with them.

Hawaii? Tahiti? I might try Bora-Bora for example. A good friend of mine was sent to Tahiti for work and came back completely enchanted 🙂

But in the meanwhile, getting close to nature, even a small park, might do 🙂

I wouldn’t have imagined writing from a Zürich hotel by the airport tonight. When I was leaving my home in Paris this morning, little did I suspect the adventure I was about to experience.

What am I doing here? Well, I had the idea to visit a friend in Milan via a Zurich, because the flight with Swiss Air was cheaper. And Swiss Air way delayed due to bad weather conditions in the Alps.

So here I am, in my transit hotel Allegra, after I had some chicken salad. Just before the bar closed. The place is ok, other “lost” passengers were also scattered between the tables.I remember them from the “Transfer” office. Some were going to Germany, others to Italy as well.

The receptionist of the hotel is born the same day as me, that created a connection and made me feel welcome. Is it always better to go for the cheapest solution? At this point, when the event I have been organizing is in just a few days?

Maybe not. I need to be at the South of France by the end of the week. What was I thinking?

But I needed to get away a little bit, and it seemed like a good opportunity for a change. Now I will wonder from one European airport to the other.

I had learnt in geometry that that the shortest way between to points is a straight line. Why not stick to that lesson?

Is there any logic in transiting? For the people who travel? I had an oncle who tought me another lesson: when you want to go somewhere and the road is blocked, you find another way. So this is the logic of the transit. It doesn’t matter that it takes longer. The essential thing is to get there. And then, there is something to learn from transitions also.

A transition is an adventure, and I love adventures. Fighting for some cause. Like in the films where the super or simple heroes accomplish a mission, meet strange creatures, win battles, fall in love, become wiser.

So, I don’t know if it was wise or irresponsible to book this particular flight, but here I am. And I will make the best out of it. 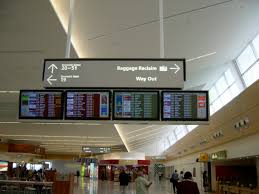