this is the hit of the moment for me, I have been dancing around in this rhythm, it was passing at the bar I was out with some friends and I checked it out. Isn’t it great?

Today the sun was shining again after a few rainy days, and I walked quiet a lot: from the center of Paris to the Opera and St Lazare area, back to the center. The good thing is I managed to advance on many fronts.

It has been a bit challenging because I had to explain my life to people I didn’t know and face their curiosity (something that was putting me out-of-order in the past);

So, I would say that there is progress. What is more, another funding deadline for tomorrow, and it feels good.

As I came back home, throwing away my shoes, it felt that I did a good job. And, “cerise sur le gâteau”, or last but not least, I know more about the kind of man I would like to be with, because I know myself better: a family person, and rather adventurous. Like James Bond and my neighbour at the same time 🙂

you feel it also, don’t you? When stores close down for holidays and you see people dressed in casual, summer clothes. It smells like vacation. All the most if you have been working seriously the last period. But still, what do you do for a refill of energy just before?

Here are my morning solutions:

plan holidays imagining myself on the seaside

having a nice “pain au chocolat”

preparing to go out with friends

walking around in Paris

And here you are July,

with a rainy and rather chilly -for a summer day, I got the hint and stayed until late in bed. All I need to charge my batteries and clear my mind. It is also the best way to get rid of a tiny cold, and enjoy my home.

A place to be in peace with myself and the world.

And having Skype rendezvous with friends from different parts of the world.

did you also watch this? I was dragged last night by a group of friends, to watch a film on a childless couple in their forties, going through a crisis and thinking that hanging around with another couple in their twenties might be a “rejuvenating” solution, whereas arthritis starts and eye-sight problems appear.

The film is by Noah Baumbach, in his forties himself, with Ben Stiller, Naomi Watts, Adam Driver and Amanda Seyfried. A comedy about how to age gracefully?

There was a kind of cult of youth, where all the cool things were done by the young couple, who finally want more or less what the older couple have but are not aware of it and unable to use their assets to create something because they lost their enthusiasm.

Ok, so, let’s see, the older couple seemed not to be able to finish anything: from a documentary to having a child. Because they were too pefectionistic or scared, they were both thinking too of themselves and not highly enough to get something done. They couldn’t (?) have children but the idea of adoption only arrives at the end. They become nerds with technology to look cool.

The younger couple are hipsters, and seem to represent the ideal of life, whereas they are a fiction. In the film, this couple doesn’t have psychological depth, it exists more as a point of reference for Ben Stiller and Naomi Watts.

Actually the film is not just about a middle aged couple. We can be old in our thirties, or even before, if we stay without any interest for any other than ourselves: am I the most talented and intelligent, sexy and beautiful person? Will I be famous, rich and adored by thousands of fans? Will I have the best …. boyfriend/girlfriend and many others who admire and desire me? … This seemed to be the preoccupation of Ben Stiller’s character, who just didn’t grow up.

These questions are important, but if this is all we have, we get old very fast. As adolescents, we might wonder about how others see us. But if our only objective in life is us, there is no growth, just aging, no matter what biological age we have.

would you mind taking care of my mail, administrative papers and all the practical things so that I can write my posts and day-dream from time to time? I need to show you how? Oh, forget it, you don’t have the right spirit for detail, I see you more on the beach, drinking a cold beverage and swimming from time to time…

Anyway, I have another mission today. I am to sneak in the Platform, my ancient headquarters, and check if there is any free working space in this huge building, in order to host my new “family”: the smaller artistic platform that has accepted me as a member. The head of the small platform asked me to take a look, so that she could negotiate some space with the Big director.

By the way, here is the small Perrier video that I like, it represents how I feel 🙂

today it is hot again, Very hot to my licking, and I have found refuge in the closest semi-airconditioned place. Yes, yes, I know, it is summer of course, but my brain is melting and I look forward to the next rain 🙂

Right now, all I need apart from a cold juice or Perrier is choose my next challenge before a challenge chooses me 🙂

it is our national celebration of the Revolution, so : “Allons enfants de la Patrie, le jour de Gloire est arrivé!” … and yes, you can watch again the fireworks in this link: http://www.paris.fr/actualites/votre-14-juillet-a-paris-2747

I was there with a group of friends, at the Champ de Mars with many other people, enjoying this revolution of light, fire, music and each other’s company!

The main theme has been “Paris welcomes the World“, with some hints on the 2024 application of the city of light for the Olympic Games. And of course, diversity and multiculturalism. Mexico has been the honorary guest, with present of the Mexican President.

We were multicultural in our group, siting on the grass with some friends and other 500 thousand people. It was too good someone brought apricots and water…

Some were getting up and others would ask them to sit. There were even those who brought chairs from home and a table, naps and glasses for a dinner outside. It was much fun!

Why is it that we love fireworks so much? Is it the light, the fire that brings hope and festive feelings? May be it is the colour and fire in the darkness of the night, a certainty that things will be ok and somehow beauty is possible for everyone!

festivities for the celebration of July 14 have started, and a friend of mine has just asked if I am going to join a group who will watch fireworks in the area of Versailles 🙂

Well, Paris might be more appropriate since Versailles used to be the king’s headquarters… in any case, I am here at the café, with my projects and writing, in front of my computer. Most normal people are outside, enjoying the beautiful weather.

Inside the café, two other people apart from me: a 55-year-old who is having a one to one relationship with his nose and an elderly couple who compliment each other on their looks.

What the f… are you doing there April? Get out, you might say, go to the fireworks, kiss someone, in the name of the revolution! The computer screen is cold and difficult to embrace.

A whole nation is celebrating. Your projects will still be there tomorrow. And after all, the sun will rise again and night will follow and a new dawn all over again.

I made it through the deadline yesterday! Now, there are as always, many intrigues related to my new funding demand: the art world is small, and I have managed to float, to irritate some powerful figures and to do it my way. For now.

But a major miracle is needed right now, since certain things I used to rely on seem to be no longer there. My options?

Follow the advice of some old friends: “Compromise and try to please as much as possible the powerful in my field. Or change field and do the same.

This is not the solution I would choose. Because my friends, though with more security, don’t seem to enjoy it that much.

Another option? I guess I need to look for allies outside this small world. In the universe, the Cosmos. And contact again those who might be on the same wave length 🙂 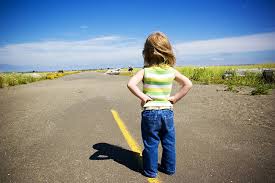 Here I am again July,

with another deadline to join an artistic team and plan something with them; I need to explain my vision and how it fits there in just a few hours… wish me luck!

I had a hard time to start this morning, my brain was not easy to get together, since last night I saw again someone I had been in love with in the past, and this was enough to disorganize me for a while. Questions arose: how come we couldn’t understand each other despite the attraction? Should we trust our instinct? And things like that.

But this is not the moment for a diatribe on love and relationships.

Nor questions like: do my colleagues like my work? Will those in power positions help me somehow?

I need to like what I do enough and have faith in it.

Believe there is something in my project that connects me to the rest of humanity … and this common and yet strange element will be my success recipe!